Chicago is the home of the Cubs, Kanye, Batman & Ferris Bueller. What’s not to love about this city?

The girlfriend and I recently made our way north to visit her old college roommate. While she was excited about spending time with an old friend,

I was really looking forward to the beer. I spent the weeks prior to the trip perusing the Beer Advocate forums for suggestions and mapping out the best bars & beer stores. As usual I was far too optimistic in the amount of time we would be devoting to beer and many of the stops I hoped to make were left unseen. With a good friend, who loves to have company, why rush yourself to see it all in one trip?

The first thing I noticed about the beer bars in Chicago were the lack of taps. At least a lack of taps like I am used to seeing here in Texas. Out of the places we ventured nowhere had more than 25 taps. Most would have an impressive assortment of bottles but a much smaller assortment on draft. Is this a bad thing? Not really. I was just amazed that these bars, which were all recommendations from fellow Beer Advocates, were touted as each being “the best beer selections in the city.” Maybe Chicago just prefers a modest selection of excellent beers? Because that is exactly what it was. The few bars I was able to drag my female companions along to left us more than satisfied. Our first stop, The Local Option, was a cajun bar/restaurant in the Lincoln Park neighborhood. With a diverse selection of regional beers, friendly bartenders & the claim of being the only bar in the US to

have Mikkeller’s beers on tap, I fully understand why this bar was a recommendation. The food was good.

The beer was better. Other notable bars were Sheffield’s Beer Garden which boosts a nice patio and multiple rooms, each with their own bar which helped to provide a cozier atmosphere. The Map Room was a stop on our final night in town. Again a small selection of local beers and unique imports, and a laid back bar despite the heavy metal coming from the jukebox. And if you’re looking to bring a little bit of Chicago back with you be sure to check out one of the many Binny’s Beverage Depot around town. Out of the two I stopped into, the one at N Clark & Halsted had a better selection.

When I said I was motivated to visit Chicago because of the beer I was kind of lying. I went for the beer and for St. Vincent. The latter we managed to see play at The Metro our first night in Chicago. The show was amazing. The venue was fantastic. It reminded me of The Paramount Theater but on a much smaller and more intimate scale. I would highly recommend seeing a concert there. Afterwards walk around the Wrigleyville Area, maybe even grab dinner at the Wrigleyville Dogs directly across the street. The best, even if it is the only, Chicago Style Dog I’ve ever had.

The majority of our time was spent walking through downtown & the different neighborhoods of Chicago taking in the character of each one.

If Architecture peaks your interests The Chicago Architecture Foundation offers many tours throughout the year, including many based around the works of Frank Lloyd Wright. Unfortunately most of the Wright tours were not offered in February. We spent a good deal of time making our way through The Art Institute of Chicago and it’s many exhibits. Admission was free for the month of February which made it very hard to pass up. And since you like beer, I am going to assume that you like Sushi as well. If so you’re in luck. Our farewell dinner was at Mirai Sushi in Wicker Park. While expensive, it is totally worth the price you pay. Easily the best sushi I have ever had.

It’s easy to get overwhelmed by the sheer size of Chicago, especially if you believe Austin is a big city. For a city that is neck and neck with Houston, in terms of population, we found Chicago to be much more navigable. The people are welcoming. The weather was cold. But the beer is what made me write this post. 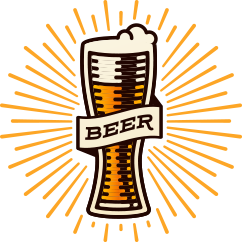